Do Solar Panels Work At Night?

Over the last decade, solar panels have significantly increased in popularity. Solar installations surpassed 2 million in 2019 and are predicted to more than double by 2023. Solar panels, although an older invention, have found their way into the limelight.

Despite the rising popularity, you may be left with some unanswered questions. What is the process through which solar panels generate electricity? Do solar panels function in cloudy conditions? What about after the sun goes down – do solar panels work at night?

What are Solar Panels?

Let’s start with the basics, what are solar panels? Solar panels are made up of many smaller parts called solar cells. The devices function by collecting light from the sun. That light is then converted into direct current (DC). The power that is generated may be referred to as photovoltaic (PV) energy, which translates to ‘light-electricity.’ A single panel will only produce enough electricity to power one or two modest items. To establish a system capable of powering a house or structure, you’d need an array of solar panels linked together.

What is the Process?

We know that solar panels use light to make electricity, but how does solar energy production work? When the solar panels convert light into direct current (DC), the power is sent through the system’s inverter. It is then transformed to alternating current (AC) power. Most homes are powered by alternating current (AC). This is the power that we use whether we watch television, cook dinner, or just switch on the lights.

Yes, solar panels operate on overcast days, but not as well as they do on sunny days. Depending on the thickness of the cloud cover, they should provide 10 to 25% of their typical power output. You might be shocked to learn that solar systems are popular in many famously cloudy regions, such as Seattle, which has the most overcast days in America. This city benefits from long summer days with warm temperatures, which are perfect for optimum solar generation and assist to offset lower production during the overcast winter months.

To summarize, solar panels do operate on cloudy days; they just work less efficiently. However, when it is too hot, the performance of solar panels suffers. Having said that, solar panels can operate and be worthwhile in a variety of regions.

Do Solar Panels Work at Night?

As previously stated, solar panels require light — preferably sunshine — to generate energy. Although they can create some energy from other sources of light, such as street lights and even the moon, the output is quite modest. As a result, solar panels go into a “sleep mode”, which means they become inactive and stop producing electricity.

What is My Solution During the Night?

As previously stated, solar panels generate no electricity at night. They do, however, produce more power throughout the day when the sun is out. Solar customers utilize either solar battery banks or net metering to balance things out and keep the electricity running after dark.

The idea behind solar energy storage is straightforward. Most solar systems are purposely intended to provide more power than your home requires throughout the day. The excess energy produced during the day is stored through solar battery backup.

When your solar panels are in sleep mode at night, you can use the stored energy in the battery system to power your home. Some residences with this configuration can even function off the grid, i.e. totally independent of the utility provider. The other option for night-time usage is Net Metering.

What is Net Metering?

Even if your solar panel system lacks storage, you can still use your excess solar energy at night. Net metering does not require physical energy storage at your residence. Instead, the extra power generated by your solar panels during the day is exported to the utility grid. You are rewarded with credits for this electricity, which accumulates in your account.

Later, at night, or whenever you consume grid electricity, you can use your credits to offset the cost of the energy. In other words, net metering allows you to store the economic worth of excess electricity generated, which you may then utilize to cut or even totally eliminate your electric costs. Solar electricity is an excellent value due to net metering.

To summarize, your solar panel system will operate on overcast days and perform best when temperatures are not too high. The efficiency of your panels in different weather circumstances will be determined by the brand of your solar panels. Visit Solar Negotiators for additional information on brands and we can help you find the best solar options to go solar.

Charging Electric Vehicles (EV) With Solar – Everything You Need to Know

Reduce your reliance on the energy grid.

Get Solar In
Your Inbox

Subscribe to our company newsletter to stay up to date on the latest Solar Negotiators news!
Get a Free eBook!
We help you look at your options objectively and make sure you know the right questions to ask before signing a solar contract. 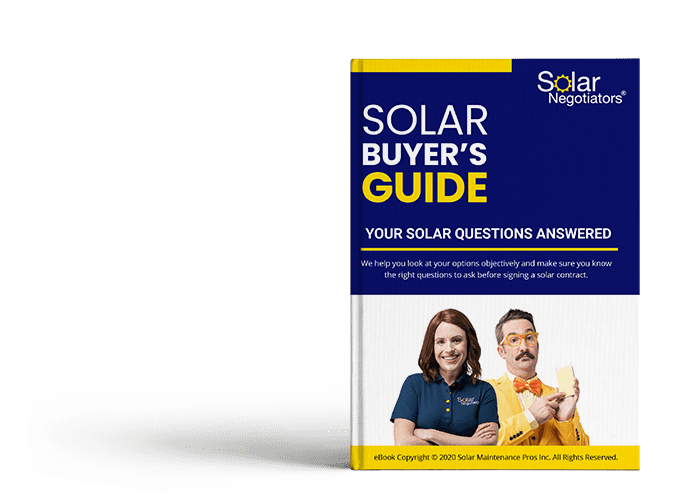