NEM 3.0: All You Need To Know About California Changing Solar Policy

More Americans than ever before are starting to make the switch to solar energy. In particular, California’s solar market is one of the largest in the U.S. due to its ambitious renewable energy goals. The percentage of homeowners with solar spiked rapidly since the local government imposed the California Solar Mandate on new construction in 2019.

However, this year the California Public Utilities Commission (CPUC) proposed changing their net-metering policy to NEM 3.0— which has the potential to significantly impact the solar industry.

What is Net Energy Metering?

Net Energy Metering, also referred to as NEM, was a policy established in California in 1996. This program helps solar customers reduce their monthly electric bills with the energy generated by their own private rooftop solar energy system.

Under California’s current Net Metering Policy, for every kilowatt-hour (kWh) of solar electricity you feed into the grid, you get a bill credit for one kWh of utility-generated electricity. When your solar panels produce more energy than you need, you “bank” the excess; this will offset the use when your panels don’t produce enough to meet your monthly usage. This feature was carried over from NEM 1.0. This incentive has helped Californians save thousands in annual energy costs over the life of their solar system.

In 2017, NEM 2.0 was proposed by the CPUC, providing many improved changes to accelerate the growth of solar in California to meet renewable energy goals by local state governments.

This makes going solar an excellent investment for Californians. Because the sun will always be shining and technology continues to improve—going solar is a superb option. Solar energy allows homeowners to save money and reduce their reliance on fossil fuels.

Time Of Use Rate Plans

NEM 2.0 requires all Californians to switch over to the Time of Use (TOU) bill rate plan. Which measures and charges a utility customer’s energy consumption based on when the energy is used. Keep in mind, that this applies to Pacific Gas & Electric, Southern Cal Edison, and San Diego Gas & Electric utility customers. Your local utility company sets these rates, varying by the time of day and day of the week. These rates are charged the highest in the late afternoon and early evening at times of peak demand. On the other hand, weekends, holidays, mornings, and overnight are off-peak that have the lowest rates charged.

NEM 3.0 will impose new TOU rate plans, higher rates, and lower credits to owners of solar systems. This will lower the incentive and benefits of feeding excess energy into the power grid which has been a main benefit of owning a solar system in the past.

This new plan is an attempt to incentivize owners of solar systems to invest in solar batteries. While having a solar battery is a smart choice for most owners, the option to feed excess energy into the grid greatly attracts potential owners and would be an unfortunate change for a majority of solar system owners

The California Public Utilities Commission is proposing NEM 3.0, which is expected to take effect at the beginning of 2023. These new policy changes will not benefit the ratepayers with the new net energy metering structure, which is the number one way solar panels save you money. The financial benefits people can get from owning solar panels could be significantly reduced. This will negatively affect Californians looking to go solar in an era of growth. If the CPUC decides to keep the same policies in NEM 2.0, we could see more significant consumer savings and more clean energy, but if not, it could drastically impact the California solar market. Now we will break down some of the changes in this new proposal and how it will change everything.

New Time of Use Plan

Under the proposed new NEM 3.0 policy, people who want to install solar would be moved into a new, much more expensive, Time-of-Use (TOU) rate plan. This policy would increase the cost of electricity. Charging a high per-kWh in the peak evening hour with the time of use plan would cause solar owners to save less. If they opt to install a solar battery to store excess power during the day, they can draw from that power at night to reduce the amount of electricity pulled from the grid. However, installing a solar battery would add an extra financial burden on solar owners. It seems these changes with NEM 3.0 are an incentive to get more people to add solar battery storage to their solar systems.

Another change within NEM 3.0 is the reduced energy credits. Under NEM 2.0’s current policy, solar system owners can earn 22 and 36 cents on average for every kWh of electricity they send back to the grid. However, NEM 3.0 would cut their earnings to only 4.7 to 5.8 cents per kWh (depending on the provider)! Again these changes are another way to push solar owners to add solar batteries to their systems. This will reduce the need for solar-powered homeowners to sell back to the utility companies at a much lower price.

In addition to the changes, NEM 3.0 proposes a grid participation fee to all solar homeowners that you cannot avoid. A new monthly charge of $8 per kilowatt of solar will be added to a customer’s bill. The average customer who installs a 6 kW system would be charged $48 per month—reducing their savings from installing solar panels and increasing the money they would pay over the 25-year life of installing solar panels in their homes.

NEM 3.0 has not yet been implemented in California and is planned to take effect in early 2023.  Leading up to the implementation of this new plan, there are a few steps that are still to be completed:

If you’re thinking about going solar, it’s time to start thinking about getting it before California changes its solar policy. People that already have solar installed on their homes will be grandfathered and able to stay on their current plan for 20 years after your interconnection is finalized. So why wait for this new policy to change everything when you can get solar now to remain in the NEM 2.0? Avoid thousands in potential fees by going solar now.

You now have a better understanding of NEM 3.0 and how it will affect the solar industry. Hurry up and make full use of the benefits under California’s current net metering policy. Lock in your rates to reap the benefits and energy savings now! Solar Negotiators is here to help you go solar today.

Charging Electric Vehicles (EV) With Solar – Everything You Need to Know

Reduce your reliance on the energy grid.

Get Solar In
Your Inbox

Subscribe to our company newsletter to stay up to date on the latest Solar Negotiators news!
Get a Free eBook!
This eBook helps you understand how solar carports can help you save money for your home or business. 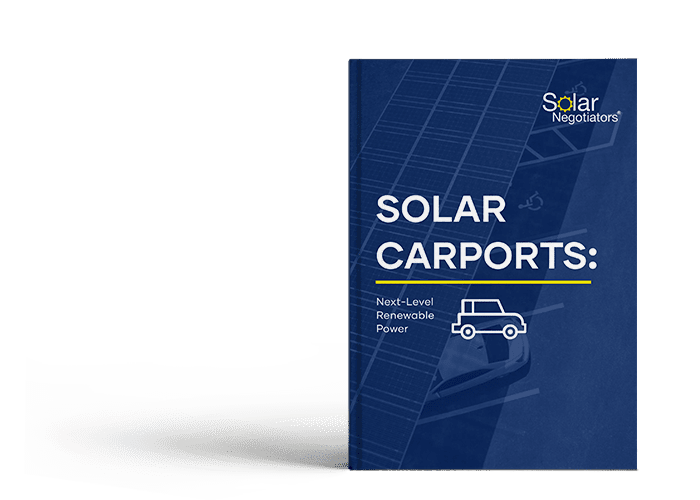 Solar Carports
Get a Free eBook!
This eBook helps you understand how solar carports can help you save money for your home or business.
Solar Carports